A New Breed of Retirement Calculator for Sizing Up Income Annuities 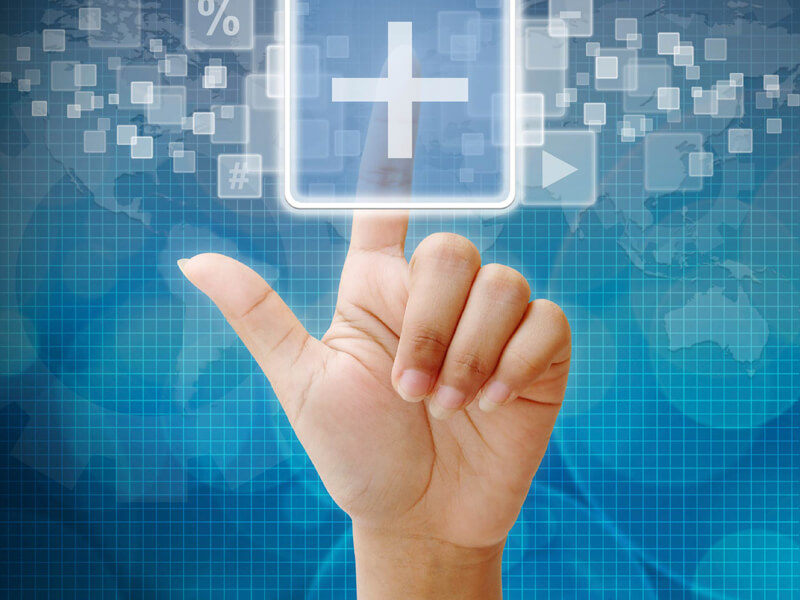 In our previous article — “Use Social Security Concepts to Validate and Sell Income Annuities” — we discussed how comparing an income annuity to Social Security retirement benefits could help clarify the real purpose and advantages of income annuities and also help deal with common objections.

In this sequel, we’ll discuss how a new type of retirement income calculator can help consumers quickly visualize the impact of a particular-size income annuity on their retirement finances and move to a decisive action-step.

Yesterday’s Calculator Sales Tools:  A Journey into the “Unknown”

For many years, the financial services industry has been seeking to engage consumers by using retirement income calculators aimed at quantifying certain aspects of retirement preparation.

But, as we all know, these calculators rely on input that is at best uncertain, and at worst, unknown (think:  estimated life expectancy, post-retirement rates-of-return, ongoing inflation levels, future tax rates, etc.).  To the industry’s credit, some of the more recent calculators depend on fewer uncertain inputs and couch their grandiose conclusions with hedge words such as “may” (as in, “you may have saved enough…”).

Using the industry’s calculators can be problematic.  At one end of the spectrum, input based on wishful thinking leads to a false sense of security.  At the other end, a secure retirement seems so far out of reach that the consumer shuts down completely and does nothing.  Our new approach, outlined below, is designed to solve these problems.

A New Approach:  Based on What’s Actually “Known”

Rather than asking the consumer for information that will inevitably be based on guesswork and wishes, our approach revolves around what can be known with a high degree of certainty as one approaches (or is already in) retirement:  namely, the size of the individual’s monthly Social Security check when benefit payments begin.

Instead of asking, “Is your nest-egg sufficient?” or “Are you saving enough?” — we suggest probing in the following way:

“You are already entitled to a particular level of guaranteed lifetime income from Social Security.  How would you like to add to that guaranteed monthly income for as long as you live?”

“You expect to receive $2,100 every month from Social Security.  Wouldn’t you feel much more secure about your retirement if you could double your stream of guaranteed monthly payments?”

The Incremental-GLI approach presents a number of important advantages:

Admittedly, this approach is far from holistic in terms of overall retirement planning.  But it is concrete and gives consumers an eminently actionable step they can take rather than be frozen into total inaction.

The Question:  What Size Increment?

In the question posed above, the individual was asked about doubling their level of guaranteed lifetime income.  Obviously, various other multiples or increments could be suggested.  For example, the consumer could be queried about adding 50% to their guaranteed monthly retirement income or about tripling it, and so on.  (When an advisor uses the Incremental-GLI approach, it is important that he or she know beforehand what increment is realistically achievable based on the individual’s finances.)

On an insurance company website, Bob finds a discussion about nailing down additional guaranteed retirement income.  He is intrigued by the idea and, since the site includes a calculator for testing the waters (we’ll get to that in a moment), he decides to explore what it would take to increase his guaranteed income stream by 50% (to $3,000 per month).  So, he enters the following information into the online calculator. 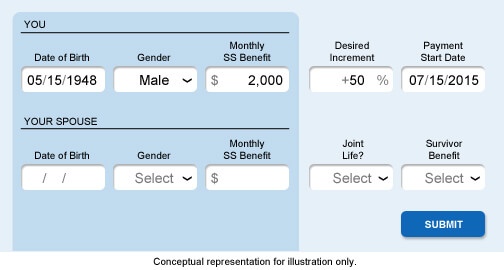 The calculator then reveals that the insurer’s single-premium immediate income annuity—purchased in a contract size sufficient to generate $1,000 monthly—would cost him $172,000.

Bob concludes that it would be a good idea to spend $172,000 (of his $560,000 nest-egg) to purchase the additional guaranteed lifetime income.

Voila!  From a few simple questions to a highly specific course of action.

It should be noted that some insurers who offer income annuities (as well as various online entities that provide annuity comparisons) already feature annuity calculators on their websites.  These online calculators allow a consumer to instantly learn the price tag for a desired level of monthly lifetime income—with and without various annuity features.  In a pinch, these existing calculators could be used to implement the Incremental-GLI approach.

But we believe that is more effective for annuity providers (or advisory firms) to create a calculator that is customized to the marketing task at hand.  As illustrated in the example above, the Incremental-GLI approach can be enhanced through the use of a calculator that has specific fields for input such as “Monthly SS Benefit” and “Desired Increment.” Furthermore, it would probably be fairly cost-efficient to retrofit an existing annuity calculator to turn it into an Incremental-GLI-customized tool.

The example above is rather simple and straightforward.  But situations often arise that are more complex and various annuity options must be brought into play to address them.  A customized calculator can be designed to reflect these options.

Carl Reed (62) and his wife Maria (60) have decided to retire eight years from now, when he reaches age 70 and she 68, and to both start collecting their Social Security retirement benefits at that time.  The Social Security Administration’s online Retirement Estimator indicates that they can then expect to begin receiving combined monthly income payments totaling approximately $4,500 ($2,400 and $2,100, respectively).

Their advisor (who knows that they have a $1.4-million retirement nest-egg) suggests that they consider doubling their monthly guaranteed income and they react favorably.

The advisor enters their basic information into a customized Incremental-GLI calculator, plus some information regarding the features they select to parallel their Social Security benefit profile (e.g., joint life selection, reduced survivor benefit, and COLA increases) as well as a guaranteed period certain. 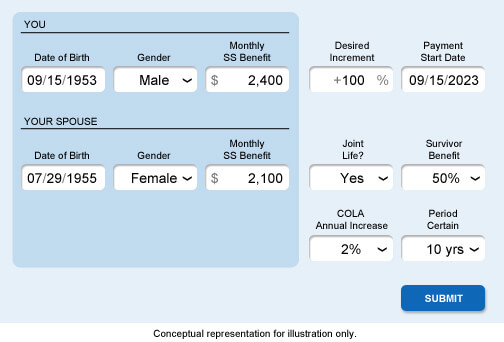 Notice that the Reeds elect a 10-year period certain.  While this feature will entail a considerable increase in their premium, they feel more comfortable knowing that if they both were to die during the 10-year period following the income start date, the annuity would still pay out more than 43% of their premium at a minimum.

Once all the input is entered, the calculator indicates that the lump-sum premium will be $682,000 (the premium would be $593,000 without the period-certain guarantee).

The Incremental Guaranteed Lifetime Income approach we are suggesting delivers a number of important advantages:

If you’d like to talk to us about the Incremental-GLI concept and building sales tools for annuity and insurance markets, please contact us.