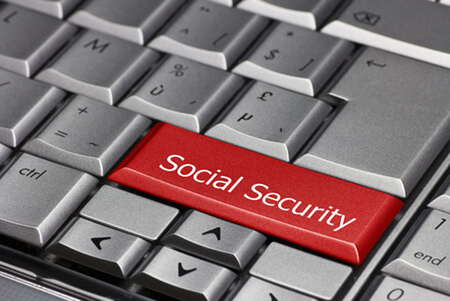 It is true that the sales of income annuities are growing.  But given the formidable retirement income needs of our aging population, many people in the financial services industry believe that these cost-effective, dependable products should be playing a much greater role in the lives of American retirees.  The problem is that many financial consumers—as well as legions of advisors—seem unable to embrace this classic income solution.  There are perhaps a number of reasons for this:

We contend that annuity providers and advisors can help get financial consumers over all of these hurdles by analogizing the fundamentals of income annuities to those of Social Security retirement benefits.  Although income annuities have been around in various forms for over 2,000 years, they are not exactly a household product.  On the other hand, Social Security, which has been around for only about eighty years, is quite ubiquitous, familiar, valued and trusted, even amidst the political debates over its long-term viability.

We recognize that this comparison might seem trivial to professionals in the financial services industry, but we believe that it can have a dramatic impact on consumer receptivity.

So, let’s begin with some of the obvious positives…

For One Thing, They’re Both Based on the Annuity Concept

The delivery of monthly payments for as long as the benefit-owner (and surviving spouse) lives is the hallmark feature that makes Social Security so appealing to retirees.  They’ll find an income annuity attractive for the same reason.

They Both Provide Insurance Against Longevity Risk

Getting financial consumers to think about income annuities in terms of insurance and protection (rather than as an investment) is a key positioning strategy to get income annuities out of the shadow of variable and indexed products.  Consumers are coming to understand that it is far too costly and, therefore, impractical for most people to save enough money to self-insure against the financial consequences of living well beyond their life expectancy.  Accordingly, the pooling of longevity risk that lies at the core of both Social Security and income annuities will increasingly resonate in the marketplace if the story is told well and from an insurance perspective.

Both Are Highly Predictable

Before they retire, individuals can get an advance estimate of their monthly Social Security retirement benefits.  Similarly, when they consider purchasing an income annuity, they know right then and there what size payment they can expect to receive every month for the rest of their life (before any upward adjustments for inflation if they purchase a COLA rider).

Both Are Fully Guaranteed

Financial consumers like guarantees, whether they’re backed by the U.S. Government’s Social Security Trust Fund or an insurance company.

Both Offer a Bigger Payout for Living Longer

The corollary of getting a bigger payout for living longer is that the younger a recipient dies, the less cumulative payout he or she receives.  This is a major turn-off for many people.  They’re concerned about making a substantial contribution to an annuity and then receiving very little in return in the event of premature death (notwithstanding the availability of guaranteed period certain provisions and return-of-premium riders).

This frequent objection is best handled by emphasizing the “just-in-case” nature of insurance—people often pay for insurance protection that in retrospect they ultimately did not need to have.  Familiar examples abound:  term life, disability, and automobile insurance.

Neither Allows Individuals to Control the Money They Contribute

Losing control over one’s money is a somewhat related objection to the one above.  As with Social Security, once the trigger is pulled on an annuity it is only available to the annuitant in the form of the prescribed lifetime payments.  This is best positioned as a sensible trade-off:  Annuity purchasers give up control in return for dependable protection.

Additionally, it might be illuminating to mention that this lack of control is also a key aspect of a traditional defined benefit pension plan (remember them?):  When money is paid into a pension plan on behalf of an employee, the employee is entitled only to the defined benefit and not access to the contributed money itself.

Both Offer Advantages for Delaying Payments

Once consumers understand the points discussed above, it can also be productive to draw an analogy between delaying the start of annuity payments and raising the deductible on certain familiar types of insurance policies.  Both actions reduce the amount of risk that the insurer is taking on, allowing the insurer to lower the cost of the insurance.

Consumers can be shown that by purchasing a deferred annuity contract and delaying the commencement of payments well into their eighties or even later (“longevity annuity”), they can lock-in a stream of larger payments at a lower price and cost-effectively protect themselves against outlier longevity risk.

Stay tuned for our next article, which will show how to use a consumer’s estimate of future Social Security benefits (or their actual benefit amount if they’re already receiving payments) as a sales tool for: